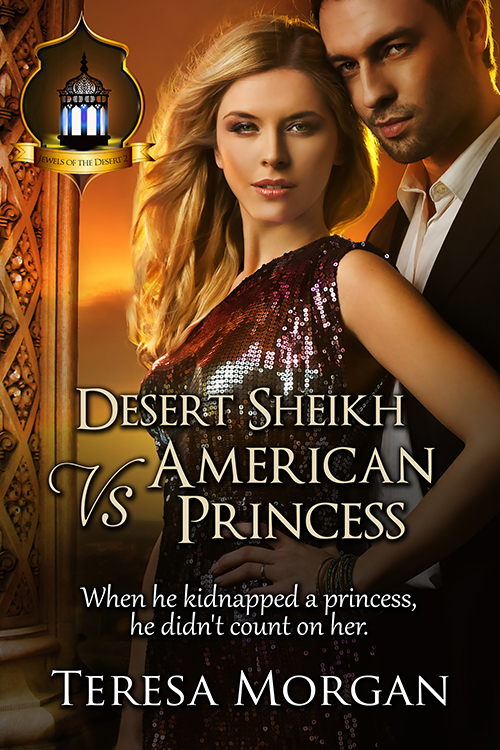 When he kidnapped a princess, he didn't count on her...

When he kidnapped a princess, he didn’t count on her…

Walid Al Kalam’s plan is simple. The American Celebutante Noelle Oldrich will remain in his palace until her father pays his debts. Without the money her hotel magnate father owes him, Walid cannot fulfill his commitment to the pipeline that represents the future of the small middle eastern country of Askar.

But Noelle isn’t the passive, agreeable guest that she should rationally be. Instead, the willful American princess disrupts the peace of his home, and his peace of mind. Whether she is running through his courtyard in skin-tight gear or braiding together a rope to lower herself out a window, the intelligent beauty threatens his very sanity.

No way will any sheikh keep Noelle Oldrich captive, even if she does want to rip the stuffy suits off the hot Arabic David Beckham clone.

She might be good for nothing but spending money and wearing clothes, but Noelle will escape the sexy sheikh’s palace, no matter what. She has to—no way will her father pay his debt. The only help she’s going to get is from her childhood imaginary friend, a pirate princess who is ready to make the stupid, sexy sheikh walk the plank.

Noelle’s one chance to pay her own ransom and escape the sheikh’s control is to find the legendary jewel, the Palm of Askar, lost for decades.

If she finds the diamond, Walid will have to let her go, but his drugging kisses threaten to turn her into a willing captive

Handcuffed to the Sheikh, Too 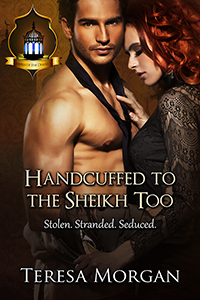 He will have her, whatever it takes

Three mysterious ancient jewels… Three sexy sheikh brothers… The Jewels of the Desert series will heat up your life.

The last thing feisty American heiress Gwen Spenser expected when she went to Zallaq was to wake up handcuffed to the desert kingdom’s super hot, but aloof, ruler. But when rebel outlaws abduct them both, they have no choice but to escape–together.

As if it’s not enough to be hunted by their kidnappers, cut off from all help, and face an unrelenting desert, the sexy sheikh reveals that if they don’t make it back to civilization in three days, they’ll be shackled together permanently… as man and wife.

Keep in contact through the following social networks or via RSS feed: